A Tale of Two Ceramic Hares

This is the story of Lunar and Belle.

As part of the filming for a new show, I was set a challenge to upscale my work – to make a hare at least twice the size of a smaller one I’d created. Given the size of the original hare was the biggest piece I had made, and indeed the biggest piece I could fit in my kiln, I did wonder how on earth I was going to do it. But never one to turn down a creative challenge I set to it!

Luckily my friend Sue is also a sculptor and lives in the same village, and she kindly let me use her kiln. Excited I cracked on with Belle, but I miscalculated how wide I could go, and ended up having to take her apart and shuffle her around before rejoining her. I think somehow I must have got some air trapped, because during the bisque firing she had a blow-out and her base had cracked beyond repair. She wasn’t a total disaster by any means, and she sat happily in the workshop whilst I got to work on her replacement – Lunar.

This time, I’d had the experience of building bigger, and decided to try and be a little more ambitious, introducing movement to the piece. I gave her lovely long feminine ears and twister her body as she was gazing up at the moon, bathing in her divine feminine energy.

Thankfully the weather has been hot, so she was able to dry well outside, and she fired perfectly during the bisque stage. I wanted to take her to Handmade Oxford, which was in less than a week’s time, so she was glazed and dropped back off at Sue’s for her glaze firing. Somehow, she’d had a little wobble and some glaze had stuck to the kiln wall but then she’d wobbled back into position?! It’s crazy what goes on in those kilns when we can’t see! She was still rather warm when I collected her on my way to Oxford, strapped safely into the passenger seat for the journey down.

A last minute opportunity to have a stand at the show Handmade Oxford had been made available to me as part of the filming process, and when on the first day I only sold one small bird I felt really down. Not defeated, but the negativity committee was running riot in my mind. So when on the second day a wonderful couple gave Lunar a home I was ecstatic! Maybe I could make it as an artist after all?

I had one person comment about how hares were ever so popular and everyone was doing them, and I wondered whether people make them because they are popular, or because they are genuinely captivated by them and adore them. Personally, I think it’s the latter.

As an artist I get the chance to make what I love, and to try and shake perceptions held by others. Having sold two ceramic slugs that weekend, I’d like to think I’m doing my little bit for all of our wildlife.

Parting is such sweet sorrow

So Lunar found a loving new home. I loaded her into their car and caressed her face goodbye. Such a mixture of emotions letting pieces go.

I was supposed to be taking her to the next filming date, but since the programme is about making it as an artist, I took the decision not to wait! I thought maybe Belle would get her chance at 5 minutes of fame after all.

So when I got home, Belle was glazed, fired and taken for her TV debut. 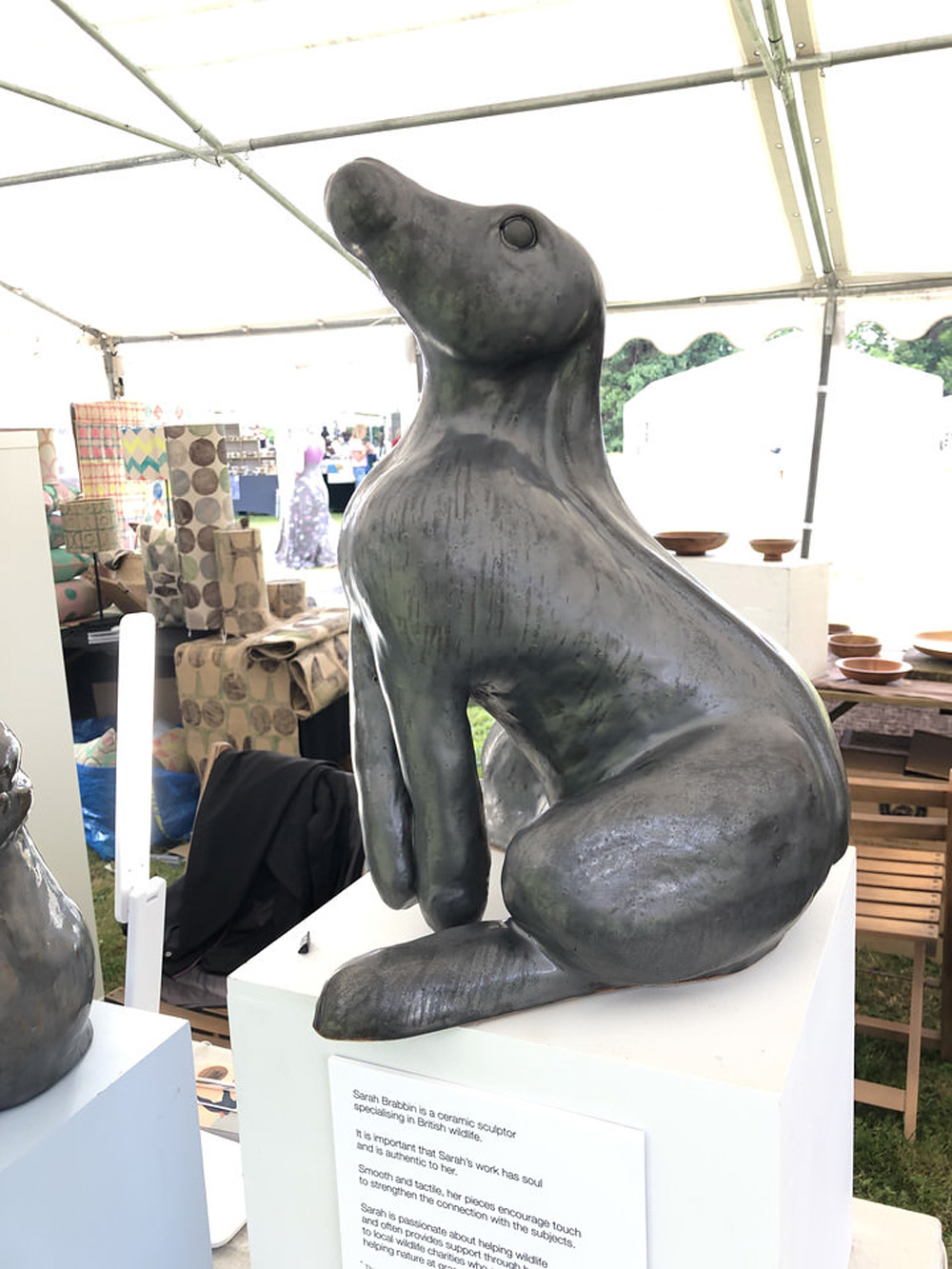 Mould Making in Stoke On Trent