But not before going to collect the pieces that had been fired overnight from Donna’s. The text I received in the morning went something like this…

I opened the bisque kiln a tiny bit, and I heard bad noises, ie bits of china falling down…….

Oh no!!! I was more worried about Donna’s kiln than any bits of clay and thankfully it was ok. Which is more than could be said for the pegasus and the dragon LOL! Turns out, that trying to fire solid clay which is still pretty damp isn’t a good thing to do.

On inspecting the carnage it was clear that the kiln gods had shown their fury at being challenged by soggy clay. I’d forgotten to take a photo of the pegasus before it was fired, so like the real thing, there’s no proof it existed lol! To add insult to injury, I’d painstakingly painted 3 layers of the golden glaze onto one of Donna’s bisques, that turned out so well on the fox, but was now a sludgy green.

Ah well. That’s ceramics for you.

International Centre for Birds of Prey

I picked up a leaflet whilst in the accomodation and this place sounded like a great opportunity since I had my camera with me anyway. I wasn’t disappointed! I’ll pop a separate blog post together about it because it deserves it! 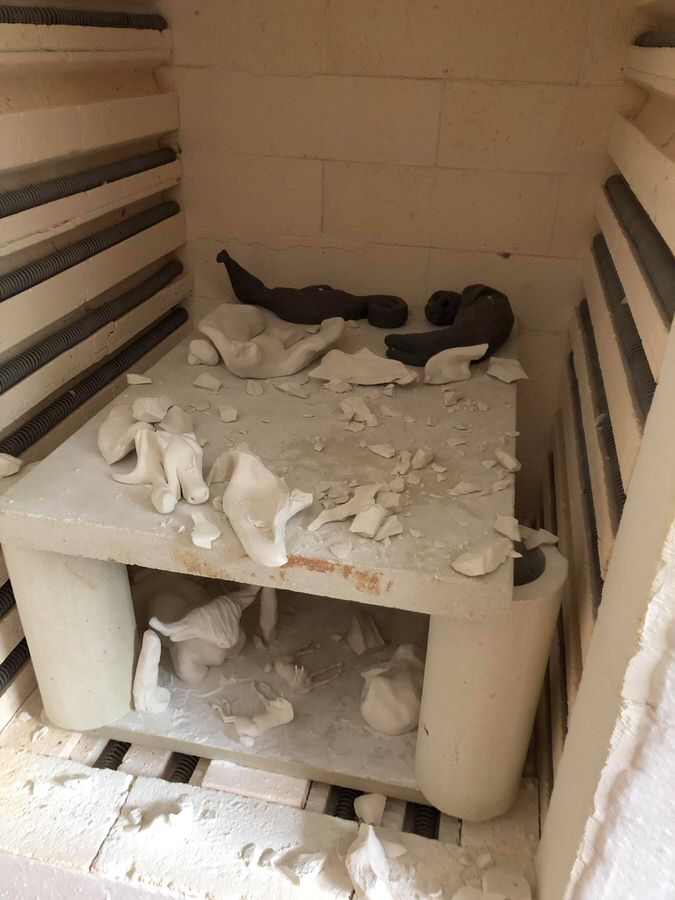 The International Centre for Birds of Prey
Scroll to top