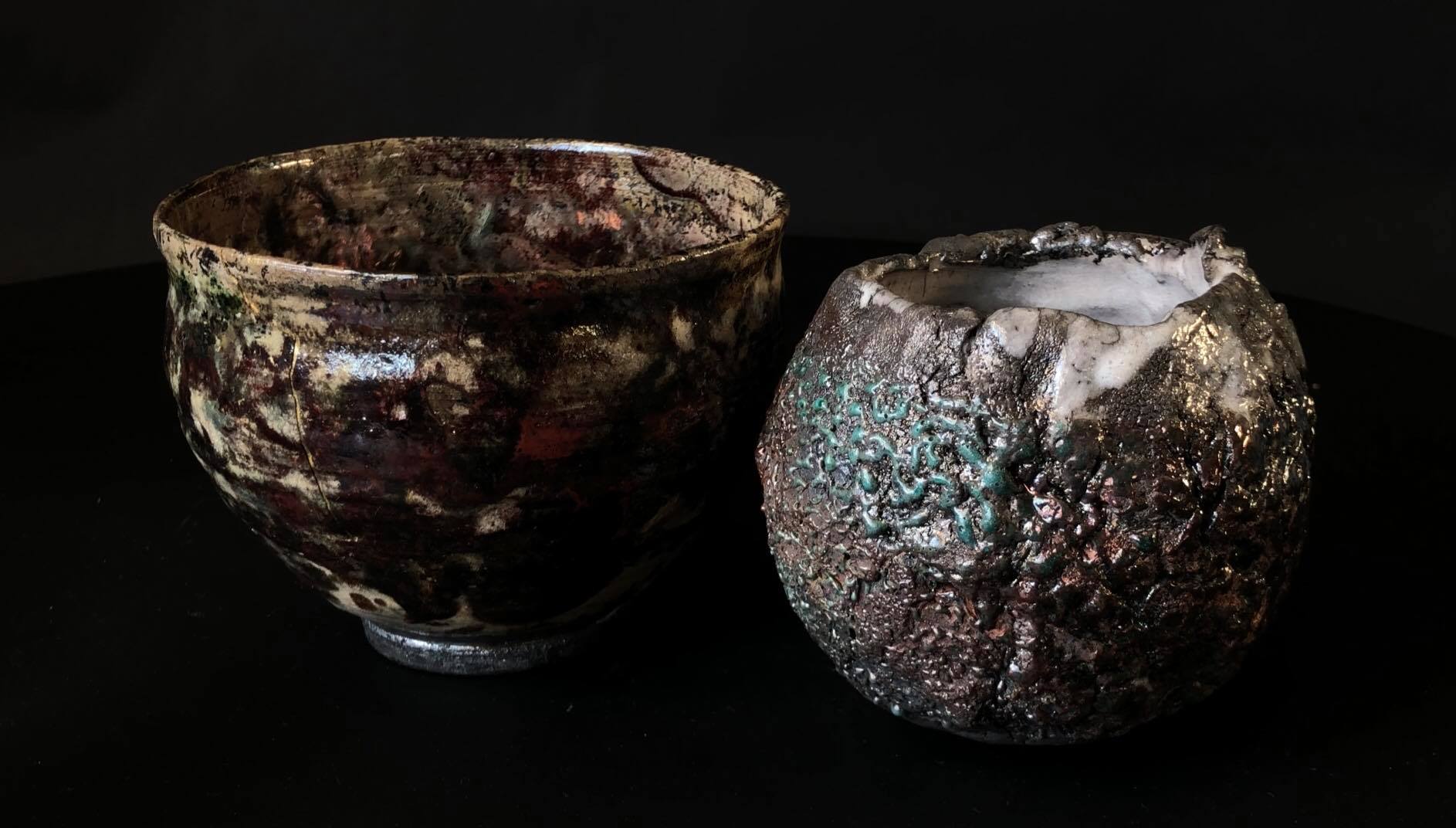 My first raku fired pots, the one at the back broke in the water so it’s my first go at Kintsugi too.

WOW it’s been a busy couple of weeks, mainly getting ready for a last minute space at an art fair – Art At The House. The Northern Potters Association had booked some space there for a number of its members. One or two had dropped out so there was an opening which I jumped at! YIKES! Time to crank the kiln up a notch!!!

The stand we had was in the woods, and I was next to the raku firing demonstration which caused much hilarity all round. I did get to have a go myself and really had too much fun. So much so that I fired up my garden incinerator when I got back and chucked a couple of bisque fired pieces in to see what would occur. So. Much. Fun. At least this time I knew the clay had to be bisque fired rather than just dry. That’s a story to tell in the pub and at dinner parties.

In the same vein of being a sensible, responsible adult I stumbled across a foreign object in Aldi. It was neither a pumpkin nor a squash. A squish perhaps? Either way I was rather taken with it so bought it. I figured that I could eaither wear it or cook it. To be fair it made a better hat than roast. Perhaps I should have tried firing it in the incinerator too… 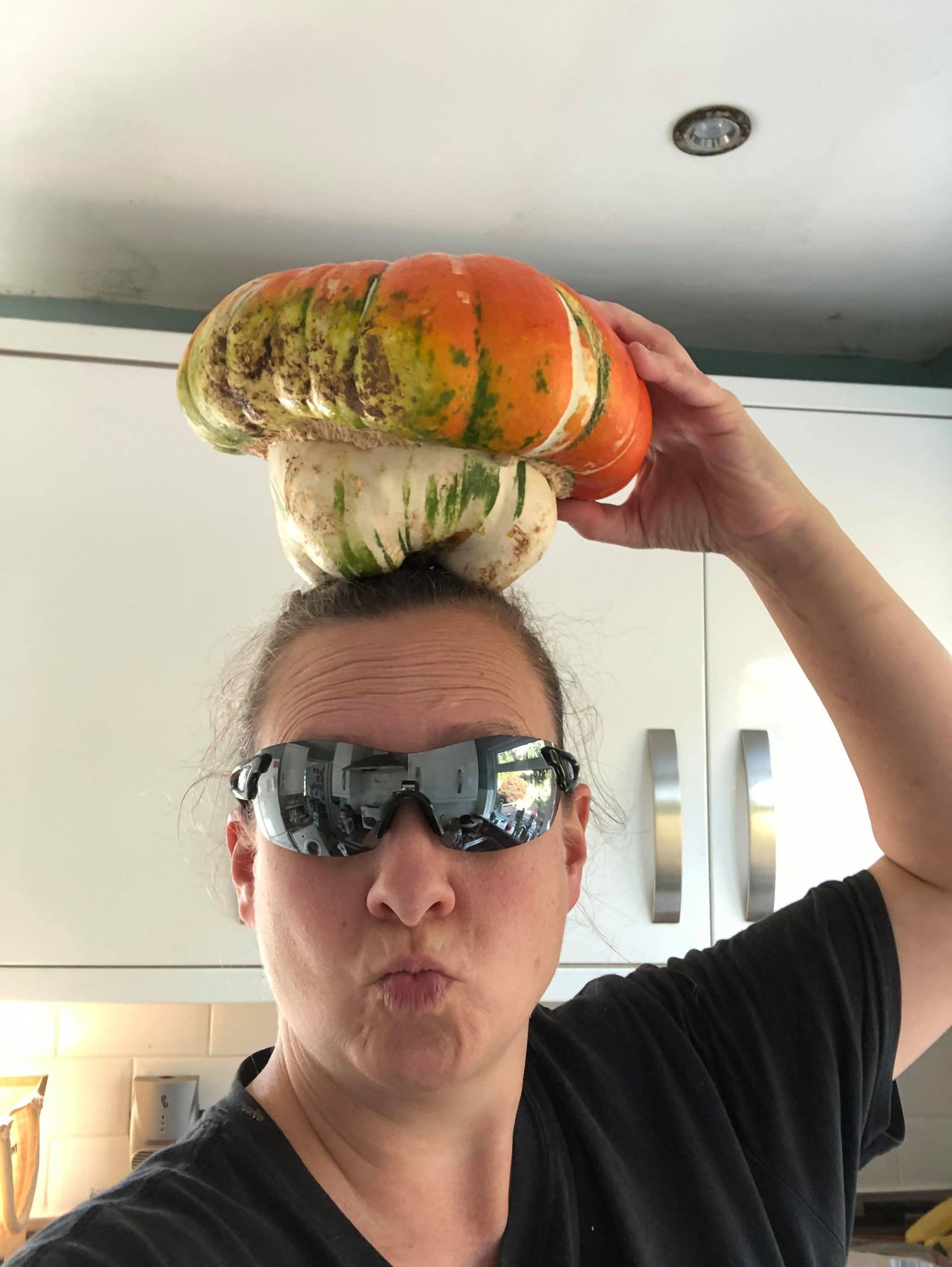 Ever the consummate professional

Sometimes it’s the smallest of things that make the biggest impact.
Scroll to top