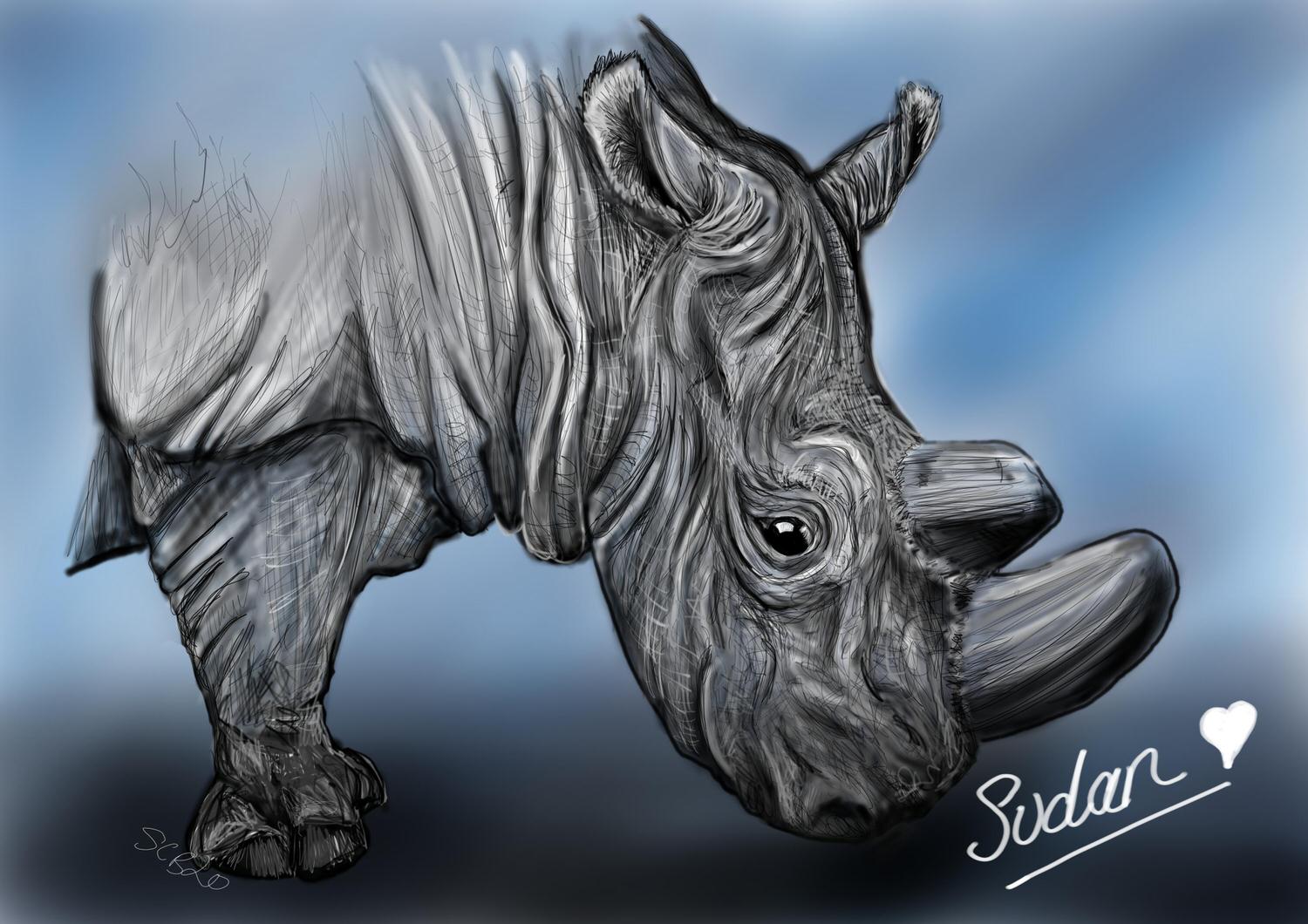 Message from Sudan, the last male of the Northern White Rhino

I was asked to do a sketch of Sudan to accompany a fellow animal communicator and wildlife advocate’s communication with him after he passed. It was my honour, as it is my honour to share what he told the communicator Diana Pak;

Message from Sudan, the last male of the Northern White Rhino that passed away. Given to Diana Pak, March 22nd 2018.

Do not mourn me.

If my death brings awareness and creates change, than my life had meaning.

Yes, I was the last male of my species and many more species will go extinct at one point. It is all part of the evolutionary path of life, of our Great Mother and all our brothers and sisters.

Sometimes intense things have to happen to create shift and change.

Our souls are not lost, neither is our wisdom. It will live on forever in the cosmic blueprints.

Humans still have trouble understanding how it works and in accepting endings. Every end is a new beginning, and death is nothing more than another ending.

Please, take care of each other. I hope my death doesn’t result in more resentment and hatred towards your own.

In the end we are all one. And although I can never incarnate in this particular species again, I might return in human form. To help create awareness and understanding.

Not by fighting, but by teaching. By opening up new paths. And hopefully the other Rhino species will have a chance to live another few million human years.

Of course we don’t blame you, remember, we are all one. We come from the same source and will return to the same source. Our physical form is just another choice. A choice to learn lessons and teach others.

My lesson this lifetime was to experience an ending without a return. At one point we will all choose to experience something similar. A lot of us already did.

It is time for change, but no longer through fighting, blaming, hatred. Through love, education and understanding.

The human form has so much potential with those amazing brains. Now it is a choice to use that brain for positive change and forward movement.

The past is the past, we can only learn from that, and the future is not here yet. Learn from the now, from the present moment.

Communicator
Diana Pak
If I could talk to the animals

Back down to Earth
Scroll to top