So at Tuesday night’s open circle, we were relaying the strange things that had happened over the weekend with each other. Well after telling everyone about the black feathers I had been finding everywhere, and then the crow on my dad’s lawn, I had a message last night from my friend Stacey, who was at the open circle too. We completed our Reiki 1 and Reiki 2 training together, and during the evening we were both given messages that we were healers.

Well, the message (on Facebook messenger) from Stacey was to share with me a photo of her husband holding a crow, who had fallen in front of them whilst they were out on a walk! They think he has a broken wing so have contacted Meltham Wildlife Rescue, but they were full, so the RSPCA will be in touch with them in the morning about him. Meanwhile, he’s comfortable and warm with food and water, and Stacey is giving him plenty of reiki and love.

With all of this going on I was made to feel like they are messengers and want to tell us something.

So I calm everything down, sit in silence on my bed, it’s 9pm. I can hear a crow calling in my mind. Calling. I have Fleetwood Mac’s “Everywhere” in my mind, so I look the lyrics up;

“Can you hear me calling
Out your name?
You know that I’m falling and I don’t know what to say.
I’ll speak a little louder
I’ll even shout”

I start to finish the verse, “you know that I’m proud and I can’t get the words out.” But I’m made to feel that sentence isn’t true to them. They finished with, “I want to be with you everywhere.”

We are magic. Magic is so close to you all right now, but we’re helping you to see and feel it because you’re unsure. It’s a powerful illusion, magic, that doesn’t mean that it isn’t real, that it can’t be felt.

Magic is within you, around you, above and below you. We are messengers of magic. You mustn’t be afraid. Close your eyes and you see the darkness. Within the darkness is where magic is at its most potent. Do you believe in magic? It matters not, because it is real and cannot be denied.

There’s no good or bad magic, there is only magic.

Illusions, trickery, our owl friend has already told you that not everything is as it seems, and that you must listen. Listen to what your heart is telling you, there is no magic that resides there.

We’ve seen you mourn your losses just as we do. We know you see our beauty and beyond the magic that has woven a veil of unfairness over us, of judgement. You, yourself was unsure as well. We understand, you are human.

Thank you for loving our fallen. You won’t find a reason for their death, for they were a messenger. To find a reason would be to dismiss the magic; and it’s so important that you don’t. Not anymore.

We come to those who we know truly see us, as a reminder of magic. That’s why it’s so hard for you to let us go – to physically hold us is to feel the power of magic; a magnetic force between us and you. But magic is not meant to be trapped, it is not yours to keep. It is not ours to keep. It cannot be owned, yet it belongs to everybody, it belongs to nobody.

If we have touched your life, know that you have been touched by magic.” 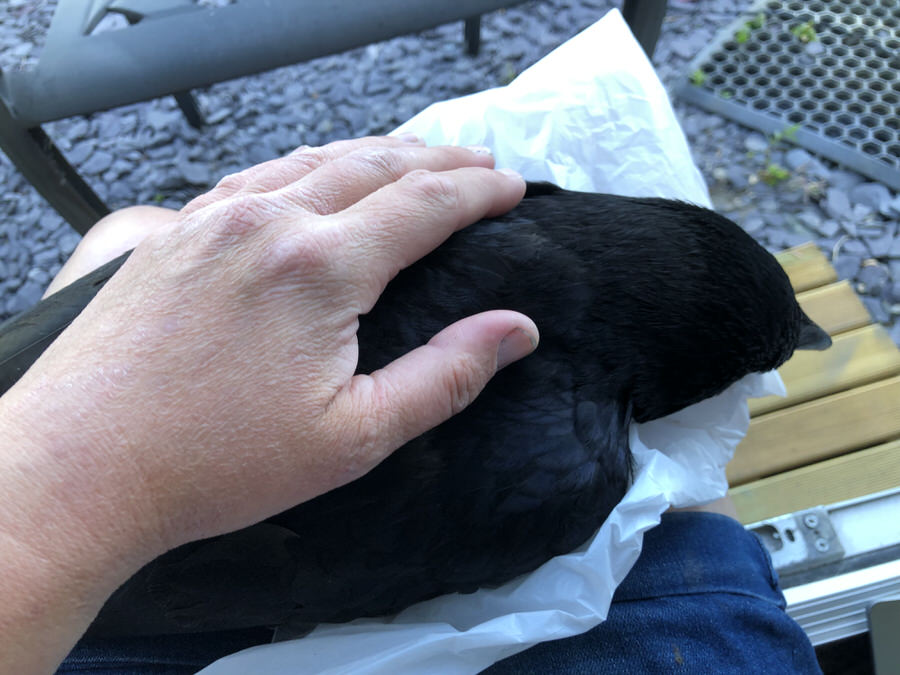 Stroking the crow who passed away on my Dad’s lawn, who I collected and have on my lap. I find it so hard to put them to the Earth, it’s a wrench to let their body go. 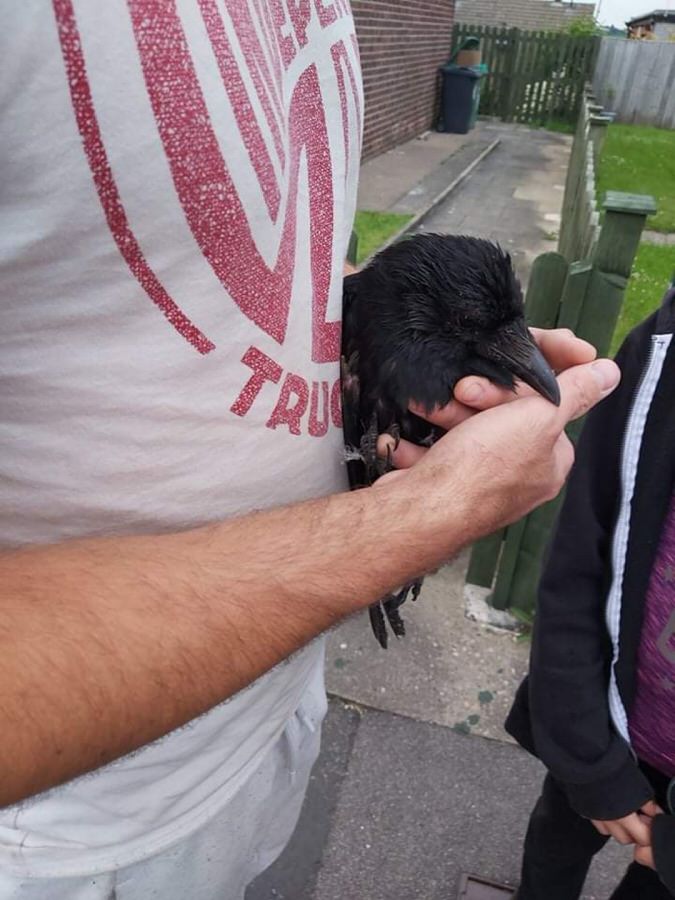 My friend’s rescued crow, within days of us seeing each other and discussing the black feathers and my Dad’s crow who had passed on. 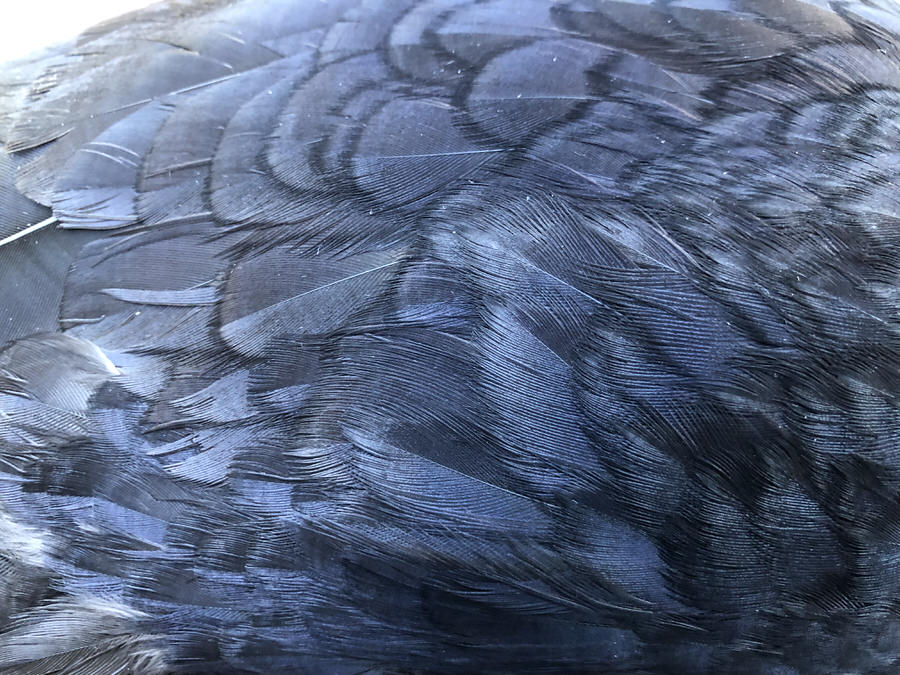 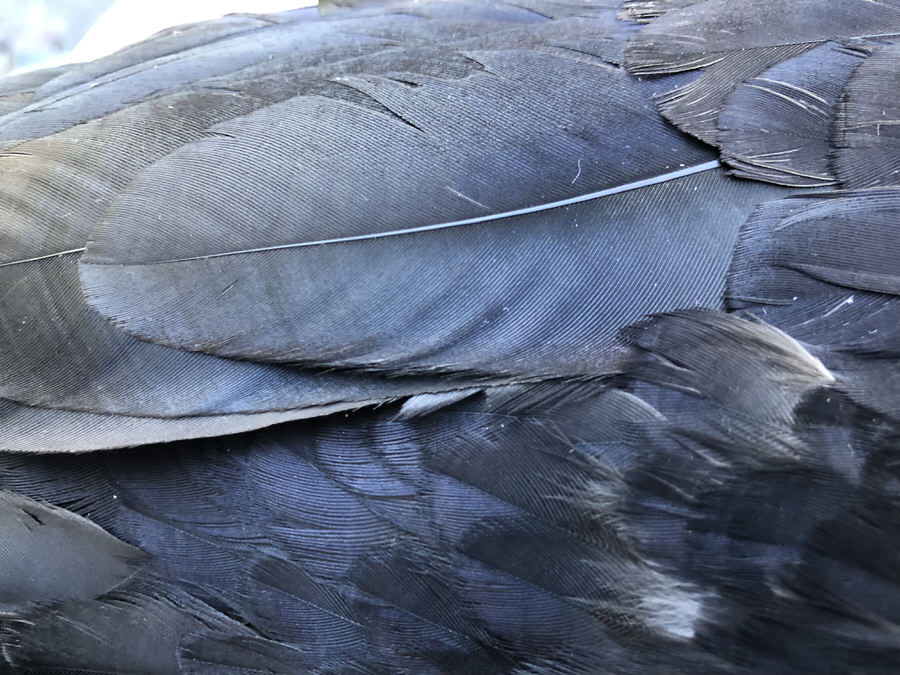 The Whispering Wind
Scroll to top