A unique sculpture of a shiny seal

A small sculpture of a seal – her name inspired by the reserve at Donna Nook, where every year the grey seals come and give birth to beautiful pups. A sight to behold both the adults and pups.

Nook is showing off her curves, highlighted by a metallic spotty oily glaze. The glaze was a new one for me and was very drippy but I think that adds to her character and is often a feature of real seals who often get into physical scrapes.

Material – Stoneware clay and glaze. Stamped underneath with my logo. 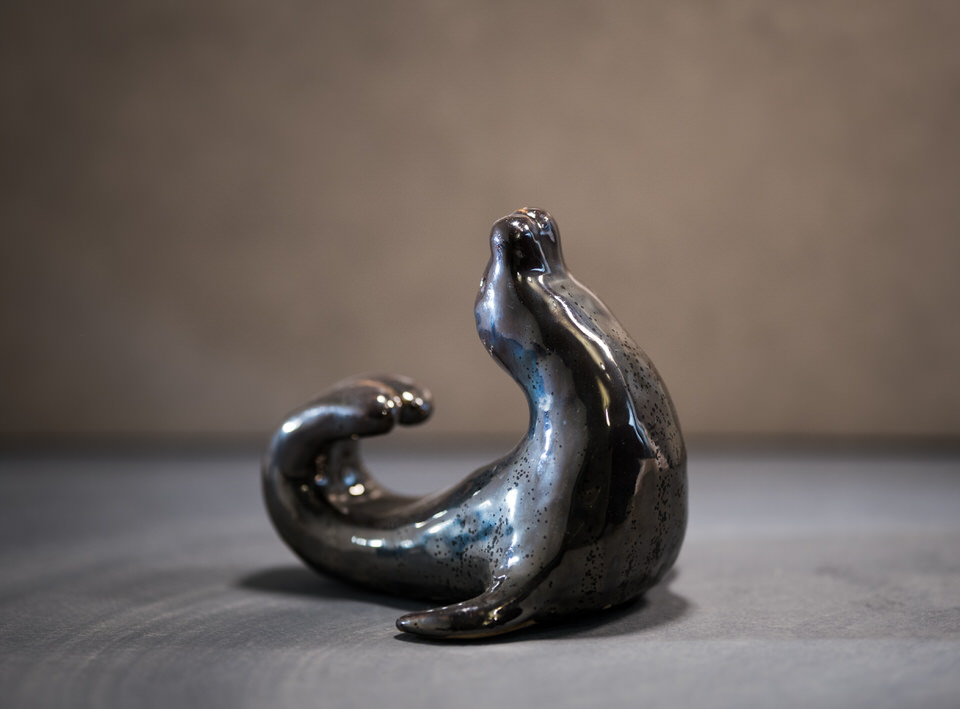 How they were made

Mud, glorious mud! well, professional-grade stoneware clay from the UK to be precise.

Out of the bag the clay needs, “wedging,” to remove any air trapped that can later cause problems during firing. Wedging is physical and theraputic!

Donna was built using the ancient coiling technique which involves rolling coils and building the shape up in layers to create a hollow form (solid structures are more likely to blow up during firing as any moisture left tries to escape.) It’s a slow process -you can’t rush the build as the form may just collapse under its own weight.

Next was the bisque firing – a progressive heating programme to reach 1000°C.

Once cooled (48 hours later) I was able to hand paint three layers of metallic glaze to her.

Next was the glaze firing – this time the temperature reaches 1245°C, this is where the alchemy and magic happens and gives the surface the final appearance.