The last sculpting session at The Sculpture Lounge

I’d left the owl uncovered after last week, because it was so wet despite only having loosely covered it the week before. Well, it had dried pretty hard this week! oops! Well, good job I’d pretty much finished what I was going to do with her last week. We removed the prop which had been holding her up, and she was fine, thankfully!

I’d been doing some sketches in the week for other sculpts I wanted to try out, and asked Brendan about how best to go about doing one or two I couldn’t figure out. He suggested that I try creating a test wall hanging of the twisty, leapy hare sketch, so that’s what I did.

I also gave the owl a very light, textured coar of blue slip, so now it’s just a waiting game. The pieces will be fired once dry, and we’ve all been invited back to glaze them.So until then, I’ll just carry on practicing, learning and experimenting! 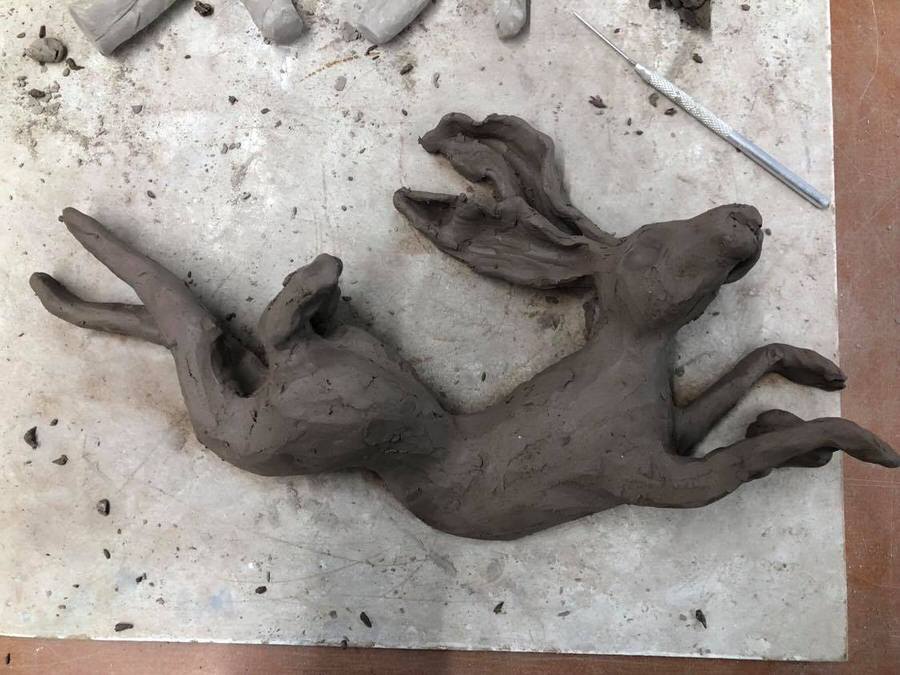