The making of Vincent the ceramic hare sculpture

I remember spending some time early one morning with some hares, and I wanted to create a sculpture of them having a wash in the morning moonlight. The ears were out “on a limb” and I jokingly said to my friend, “what do you think the chances of me not knocking the ears off are?” For someone who works with ceramics I really am quite a clutz.

Well, everything had gone to plan and I carefully placed him in the kiln. Damnit, the ears are too tall by 5mm I can’t close the lid! So I carefully took him back out and started to lightly sand the tip. SMASHY went the ear as it fell off onto the paving slab below. Fiddlesticks.

So in the end I made a whole near ear, and with a bit of gravity defying luck managed to get it to hold long enough to survive the first bisque firing.

In the meantime, I’d told the hare preservation group on Facebook about my woes and someone suggested he be named Vincent (after the famous painter) since he only had the one ear at that time. So Vincent stuck.

It also gave me the idea for how I wanted to finish him. I remembered the lyrics of the song, “Vincent,” by Don McLean which coincidentally was written about Van Gogh, “Starry, starry night
Paint your palette blue and gray.” So into the raku kiln he went to give him his starry blue and gray finish.

All’s well that ends well, and Vincent has a loving new home. 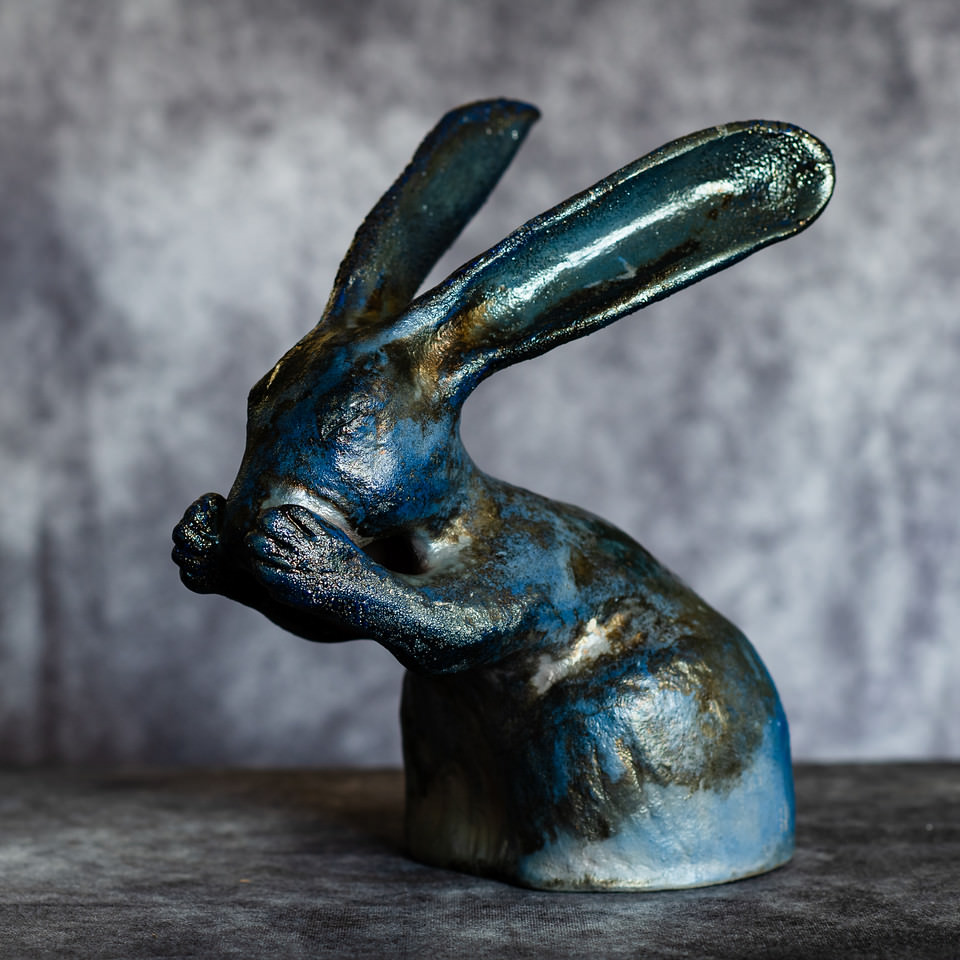 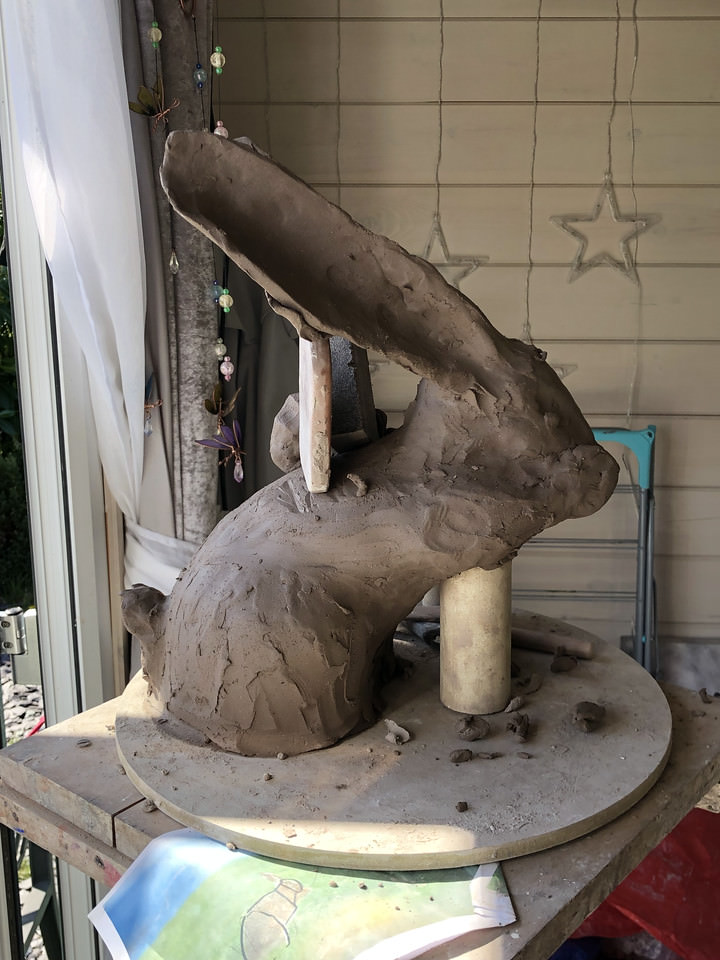 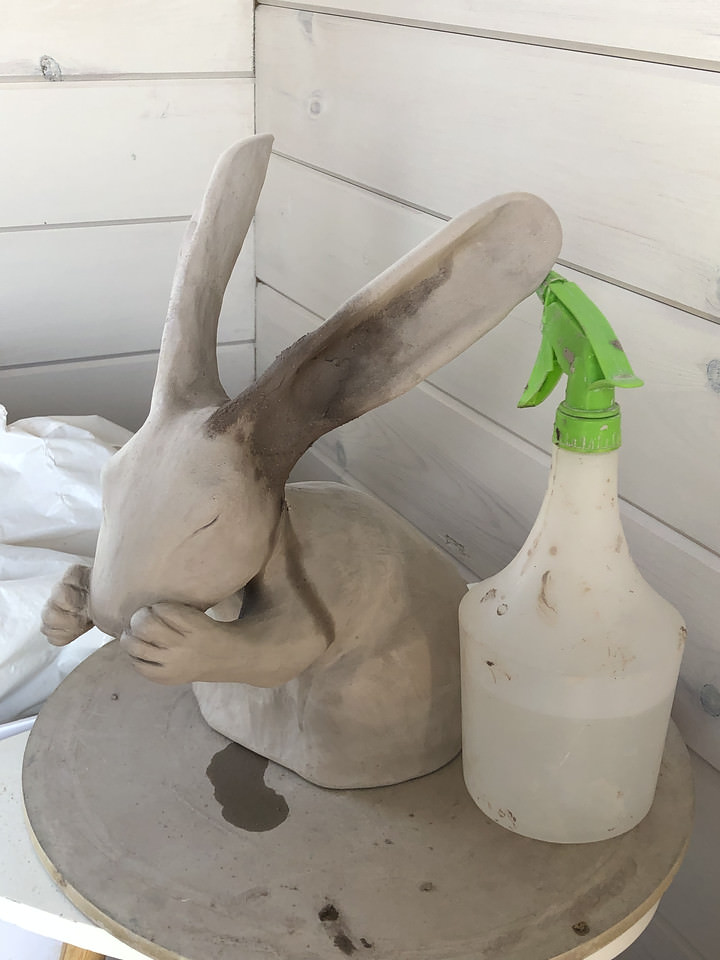 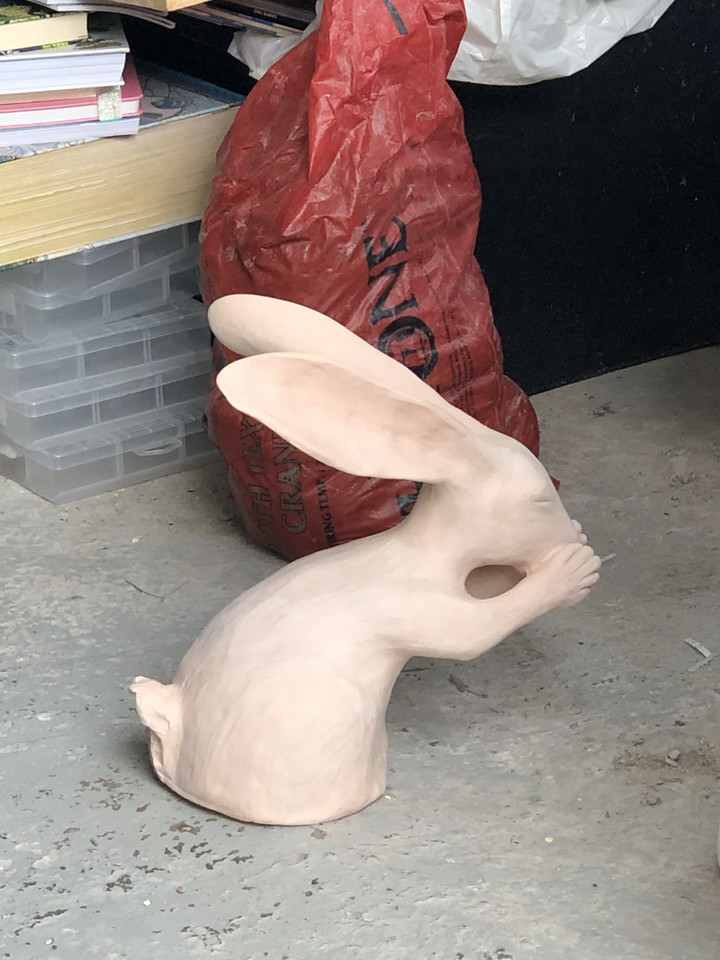 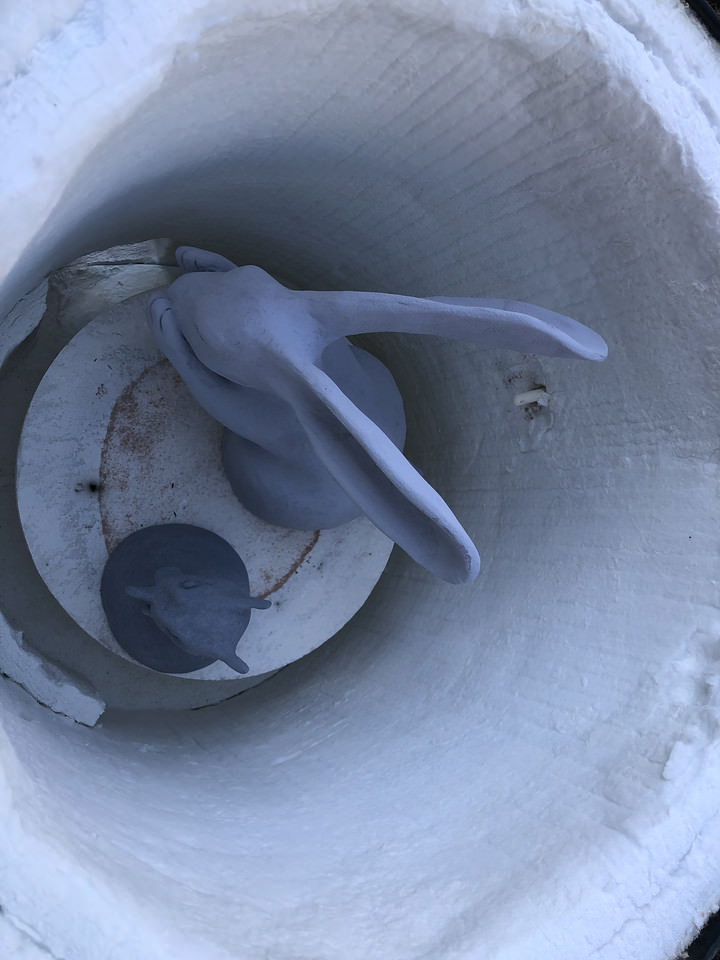 Vincent in the Raku kiln before firing